Showcasing aircraft in AR for a premium sales experience 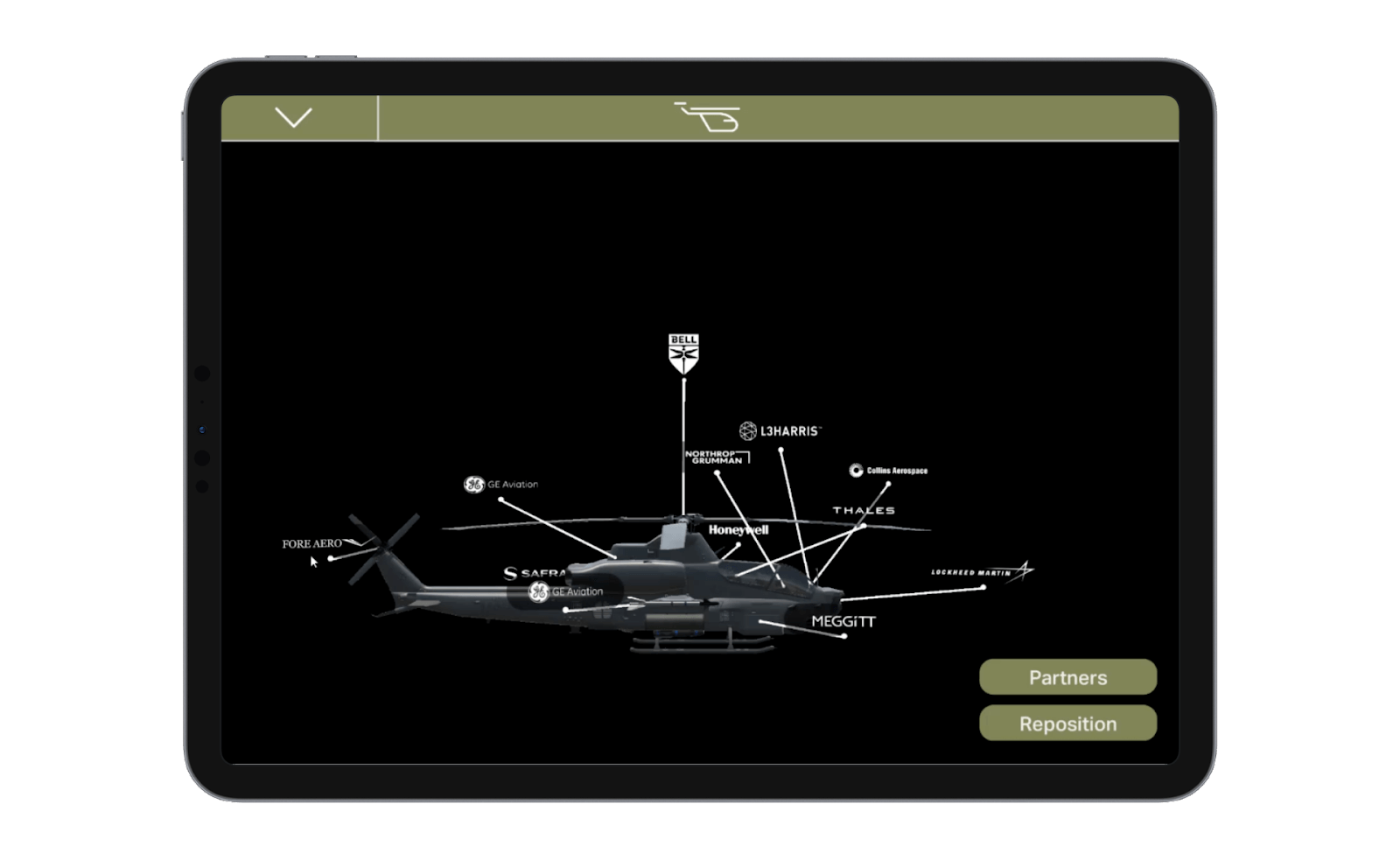 Showcasing the intricacies and unique selling points of aircraft can be challenging for sales teams when they need to rely on traditional methods. Unity invited creative agency Sector 5 Digital (S5D) to tell us more about its work with Bell Flight to build an innovative augmented reality (AR) application made with Unity.

With aircraft designed to meet the strict standards of the United States Marine Corps, Team Viper / Venom (TVV) offers innovative tech solutions for defense. By partnering with trusted brands, TVV is equipped with centuries of combined experience across aerospace and technology to provide full attack and utility aircraft with 85% of major parts and components in common, lowering logistics costs while equipping teams with the most advanced engineering in the industry.

One of the principal partners of Team Viper / Venom is Bell Flight, an aerospace and aviation company that strives to reimagine the experience of flight. Bell wanted to showcase its TVV aircraft to potential customers, but transporting aircraft to a client’s location or live event can cost millions of dollars and lead to logistical issues, particularly when meeting schedules are tight.

Faced with these financial and logistical challenges, Bell approached Sector 5 Digital (S5D) to create a business development application that would innovatively portray the AH-1Z Viper and the UH-1Y Venom aircrafts in multiple combat scenarios, while also emphasizing the unique selling points (USPs) of each vehicle and showcasing the technology of TVV partners.

Developing a solution: A look into the TVV app

S5D created an AR application for tablets that brought scalable, miniature models into the user’s physical world with clickable hotspots on the helicopters that highlighted the partners’ contributions to the aircraft. The app prompts users to choose their aircraft experience. 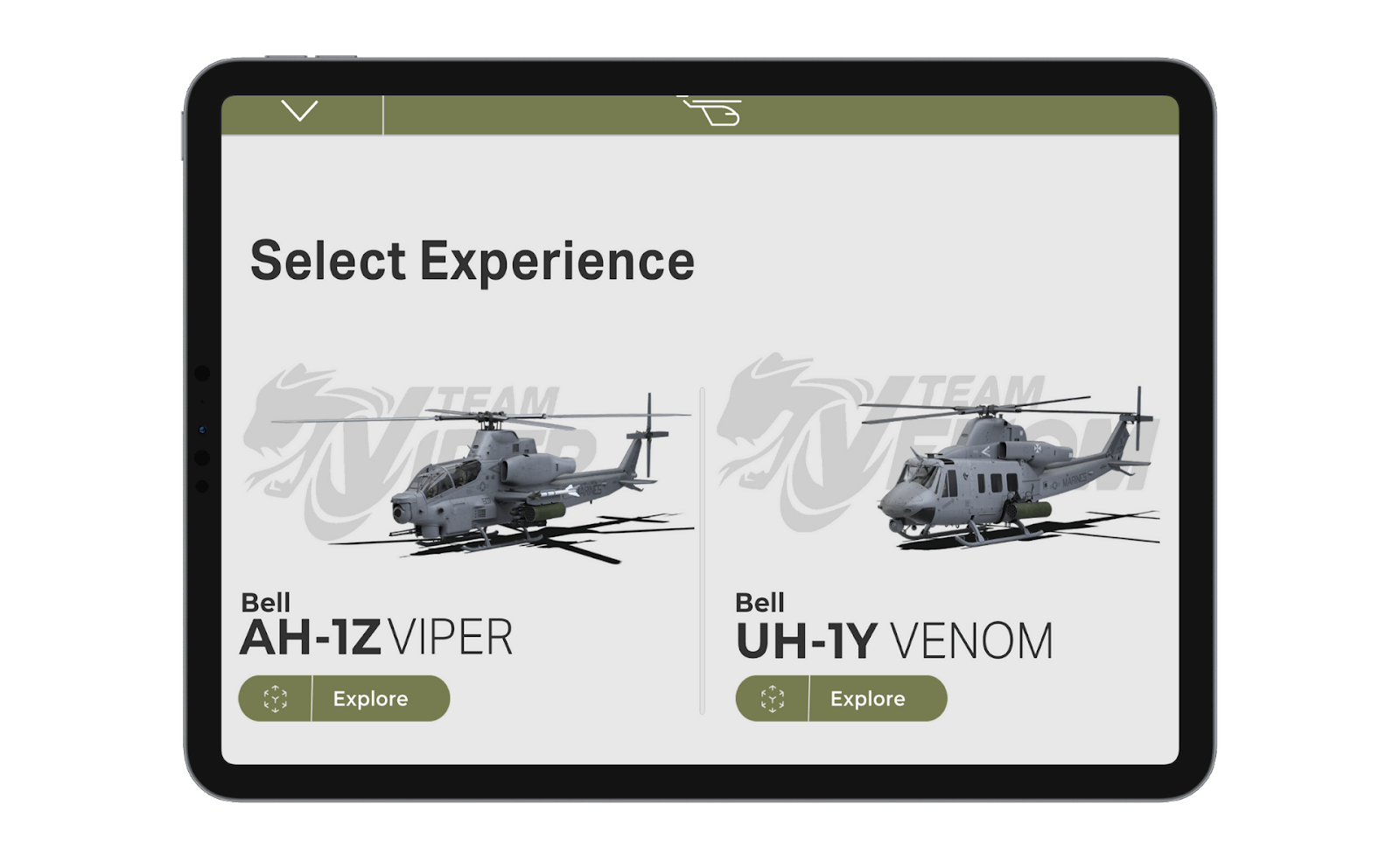 Once users select the aircraft they would like to explore, they can view it overlaid on the real world and learn about the features and functionality of TVV partner technology. They can also compare the selected Viper aircraft to its Venom counterpart (or vice versa) to see the differences and commonalities between them. 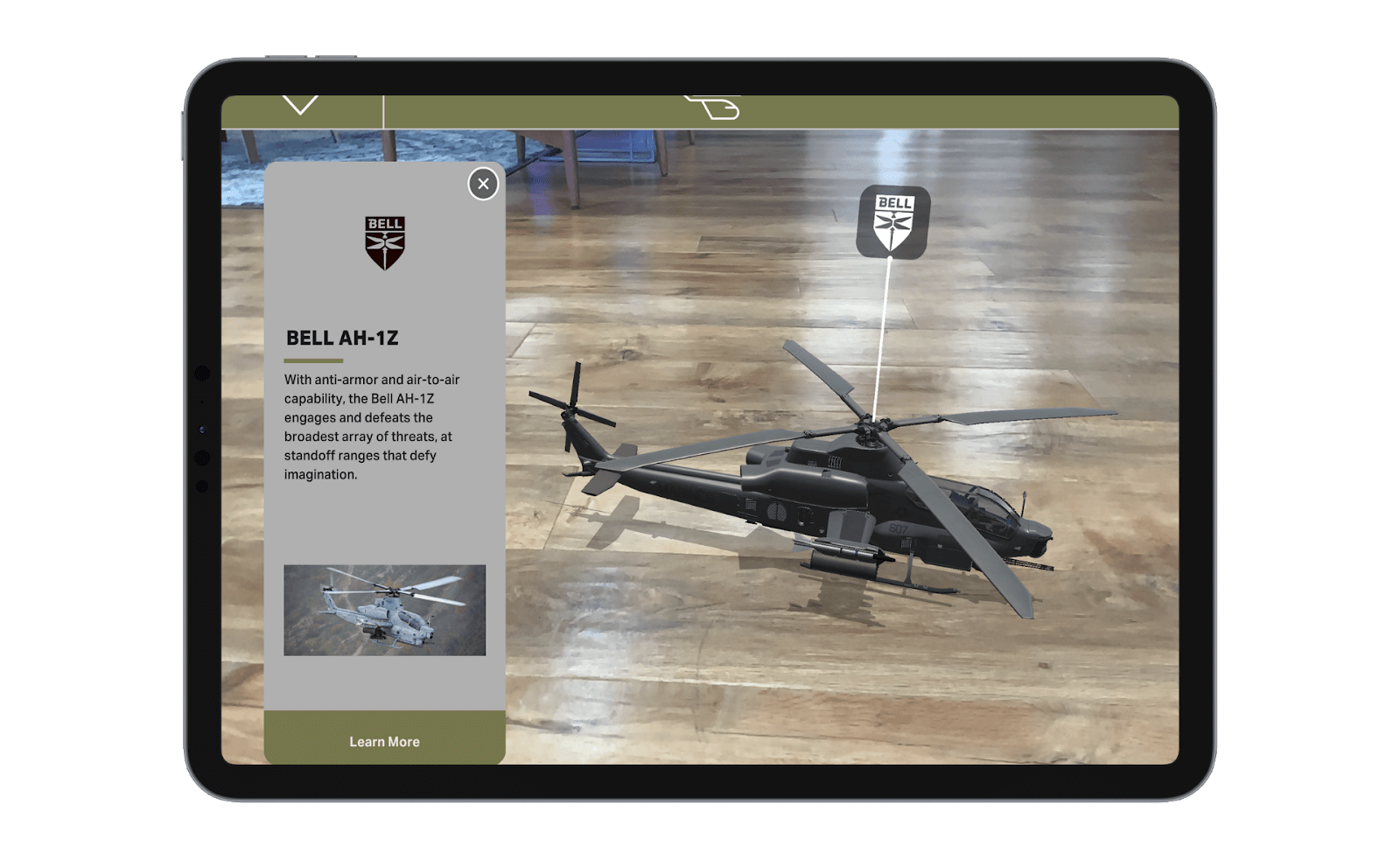 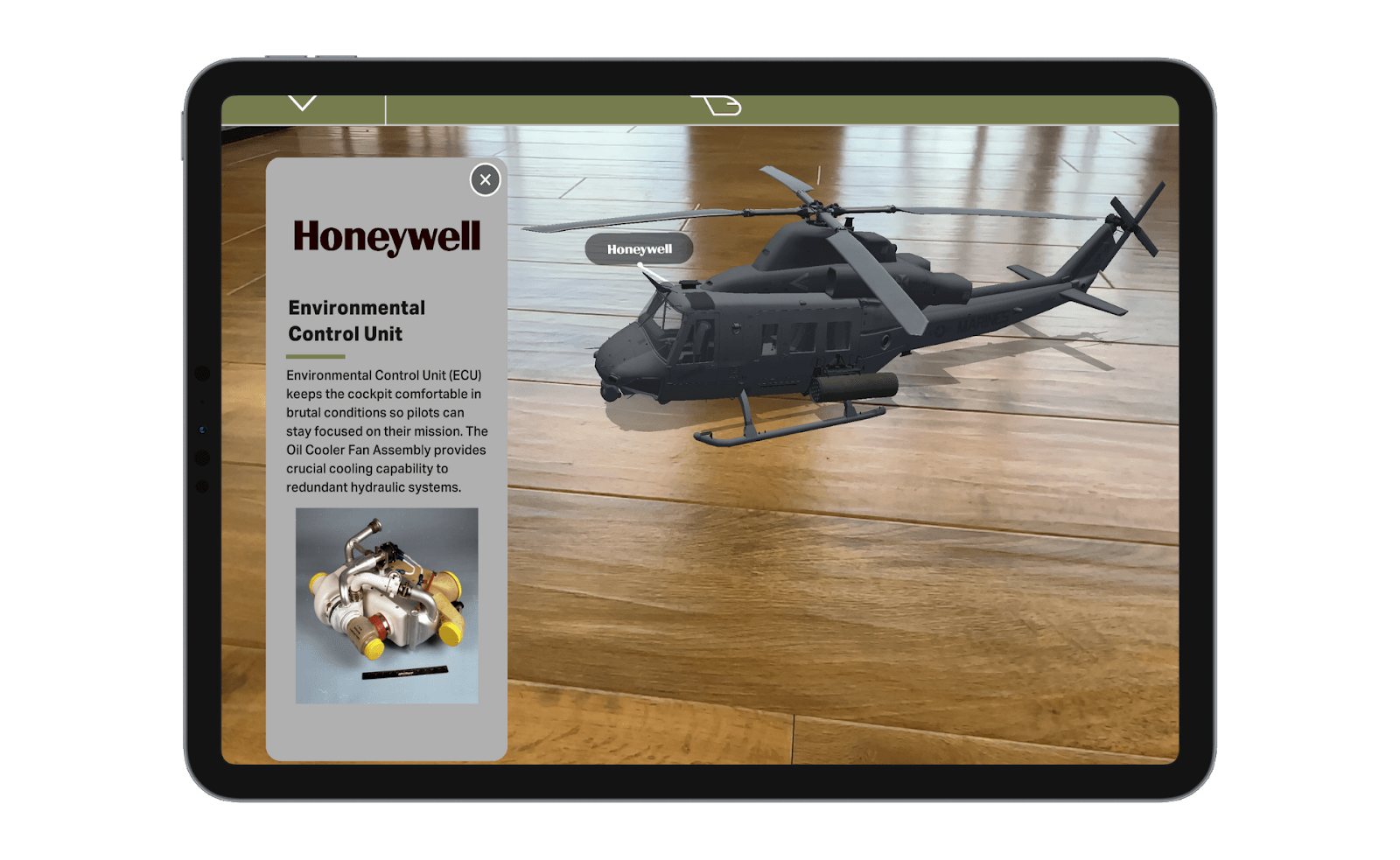 The application also includes a “Raid/Escort” scenario that shows the Viper/Venom aircraft in a rugged mission environment to accurately portray how it would operate in a real-world scenario. 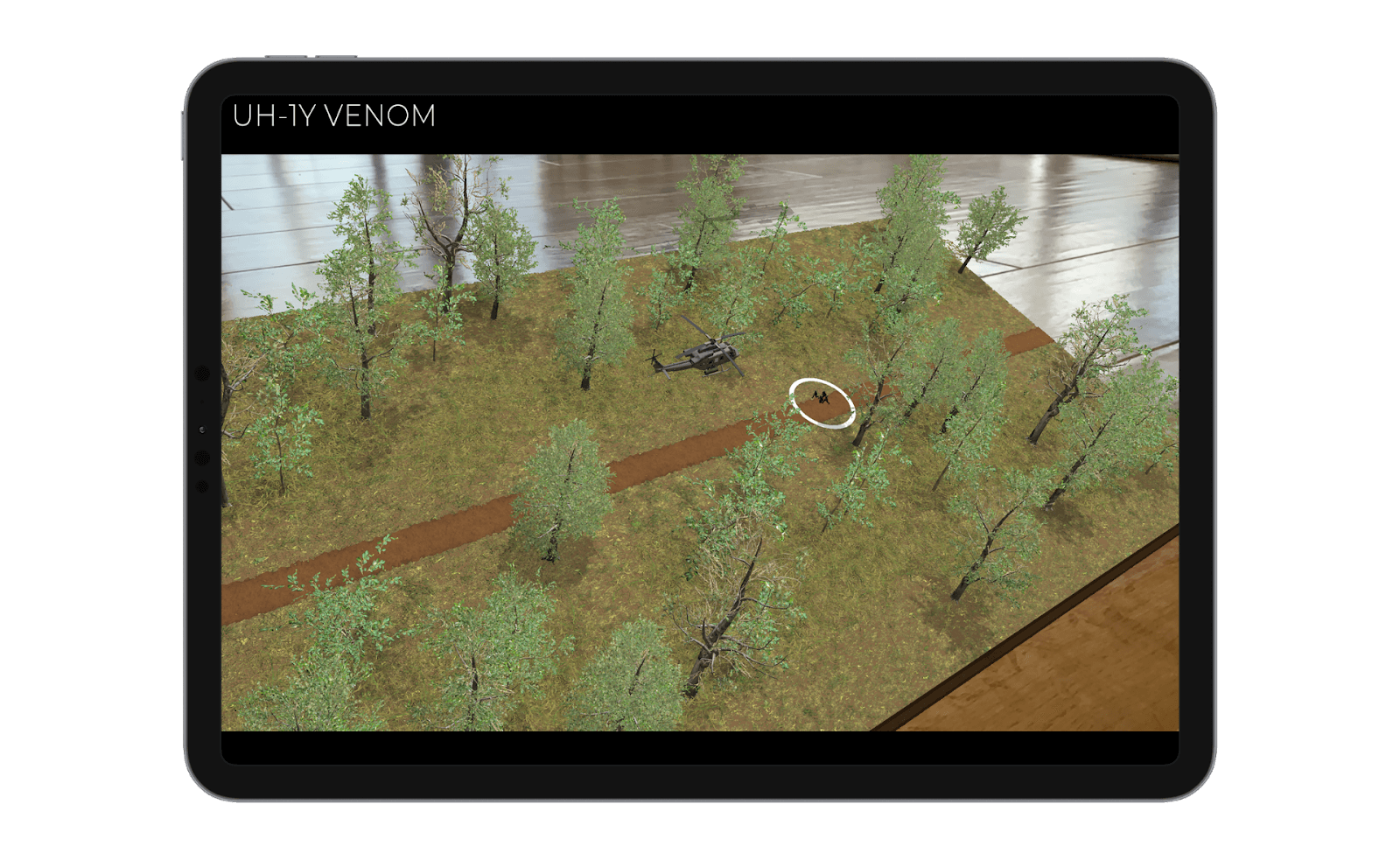 The app was developed using Unity and runs on the Apple iPad Pro. Unity provided S5D with an extremely versatile platform to quickly prototype innovative ways to display these aircraft in 3D. This included custom functionality, 3D assets, 3D displays, virtual reality (VR), and other visualization

Results and next steps

The TVV AR application allowed Bell to successfully communicate the USPs of TVV's partner technology to its key customers, while featuring the aircrafts' 85% commonality and demonstrating a realistic combat scenario. The ability to showcase the entire experience from a simple iPad ultimately saved Bell and the TVV partners a significant amount from a logistical standpoint.

The original phase of the TVV AR application was such a success with both internal and external stakeholders that subsequent phases of the project were commissioned to add more scenarios and updates to the application showcasing the Viper/Venom platform’s versatility. Unity has helped make the process of adding new content and functionality as seamless as possible for S5D.

S5D will continue to work with Unity to develop and add exciting new features to the Team Viper / Venom AR experience.

Discover Unity’s visualization and other solutions for government and aerospace. 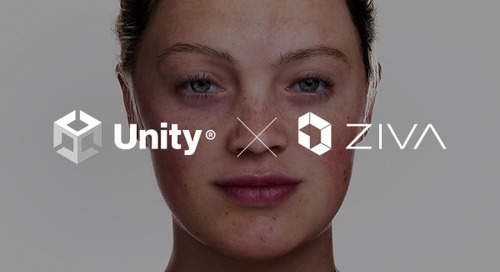 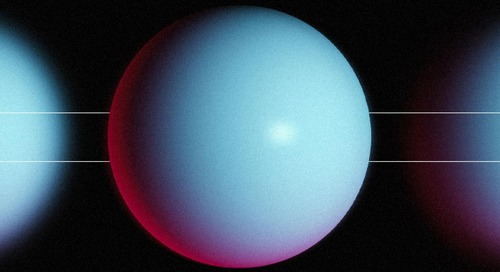 Search has substantially transformed this past year. The latest version in Unity 2021.2 ensures ongoing pro... 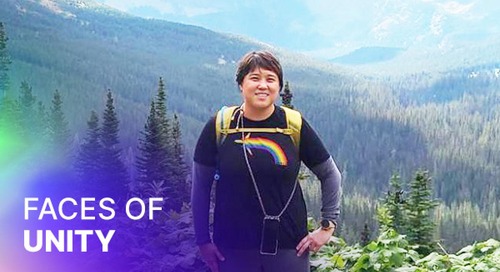 In this Faces of Unity post, we’re spotlighting Unity’s Technical Project Manager for the Global Localization team and Asian ERG Lead in Bellevue, Sharlene Tan. Read on to learn more about... Unity and .NET, what’s next?

We’ve recently started a multiyear initiative to help you write more performant code faster and deliver long-term stability and compatibility. Read on to find out what we’re doing to update the... 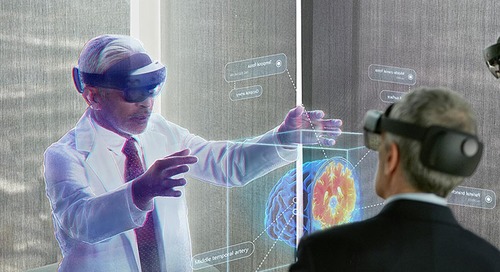 Unprecedented challenges call for innovative, efficient, and resilient solutions. Industries are rapidly embracing next-generation technologies to enable them to move beyond physical assets and... Ambitious art: How Mistwalker fulfilled their magnificent vision for FANTASIAN

Mistwalker founder Hironobu Sakaguchi, the creator of the iconic Final Fantasy series, had an ambitious vision for his latest production FANTASIAN. By importing photos of over 150 miniature... In a recent keynote session, thought leaders from Unity’s Art Tools division discussed the importance of creating new pipelines and workflows with an artist-first mentality. Here’s how our set of... The Physics Debugger is an essential tool for understanding the inner workings of the physics engine, as well as for making sense of the particular behavior observed in a project. A good debugger... 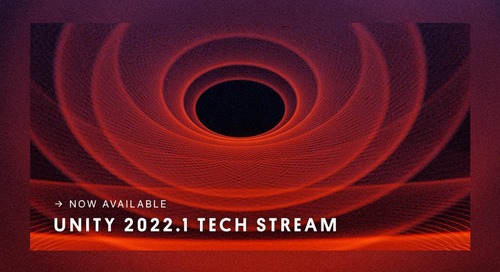 Join us as we take our first step toward the next Unity LTS release by exploring the latest features in our new Tech Stream release cycle. Get Jurassic with Loady Dungeons: The new UGS sample game In October 2021, we launched Unity Gaming Services (UGS) – an end-to-end platform with flexible solutions to help you build, manage, and grow your game. Alongside this launch, we also announced... 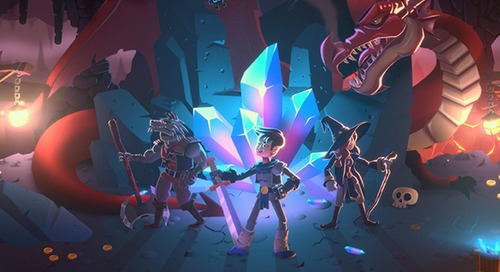 Our biggest e-book yet: 2D game art, animation, and lighting for artists 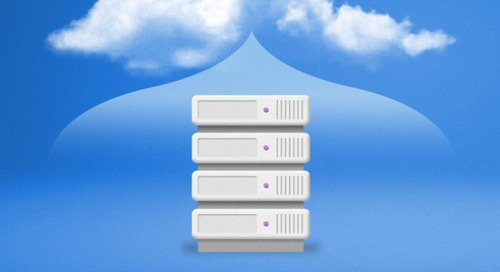 Setting the vision for Unity DevOps Here are all the latest features and integrations that we’ve added to improve your experience and get new content to your users faster. Optimizing your application requires being able to accurately measure how your project consumes hardware resources. Extending the Unity Profiler with your own performance metrics enables you to... Unity Awards 2021: The results are in Unity Social Impact is excited to partner with Meta Immersive Learning on our shared goals to propel immersive learning and diversify the XR creator workforce. The Create with VR Grant and Higher... The Unity Gaming Services (UGS) Use Cases are a collection of samples designed to show you how you can use multiple UGS products to solve common game development challenges. 4 creators who will inspire you to invest in our planet

To celebrate this year’s Earth Day theme Investing in Our Planet we’re sharing the stories of 4 inspiring creators whose projects are mobilizing individuals, communities, and governments to make... 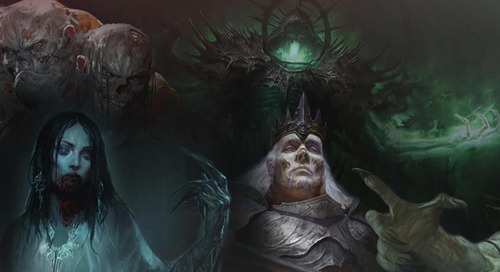 The creators of Eternal Darkness are on a mission to bring single-player storytelling to the multiplayer genre with their upcoming ARPG, embracing a future in the cloud. When our team at Unity says, “We believe the world is a better place with more creators in it,” it isn’t just a catchy tagline – we mean it. To effect change at scale, we need to come up with...