But behind the TV screen, global creative production studio The Mill got busy building a virtual community, bringing people together from across the globe to celebrate the series and explore the issues through art, music, and performance in real-time. 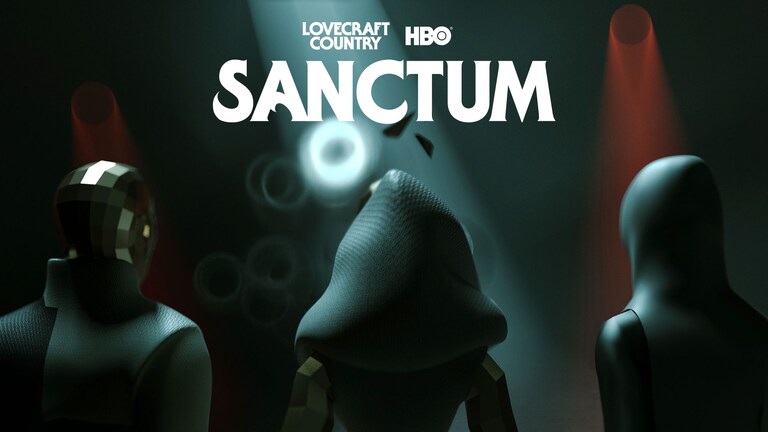 When you watch Lovecraft Country, every episode is lavish with special effects, authentic historical settings, and startling encounters with magic, horror, secret societies, and time travel.

The experience producers at The Mill partnered with HBO to craft a virtual reality event that could do justice to the fantastical worlds of the series – and stay true to the show creators’ storylines around race and history – while not compromising the importance of the social and cultural issues the world was facing during the run-up to the show.

One more catch: while the original Oculus Quest launch titles averaged around 800MB, The Mill had to deliver immersive events using just a fraction of the typically installed file size.

The Mill’s Associate Creative Director Sally Reynolds and the studio’s Head of Creative Technology, Kevin Young, gave us a peek behind the scenes of the experience to show us their tricks to working through six common development constraints they faced in the Sanctum project.

HBO was looking for an engaging audience experience – in a time when the audience was all locked down at home. Social VR was one of the ideas we pitched, but as a platform, it only really exists for people who already have VR headsets and who are into that technology. Our audience was media influencers, people who primarily hadn’t done VR before. They had to be introduced to the medium first. So we made that part of the actual experience and built in a little onboarding activity in each event. – Sally Reynolds, The Mill; Experience Director, Lovecraft Country: Sanctum. 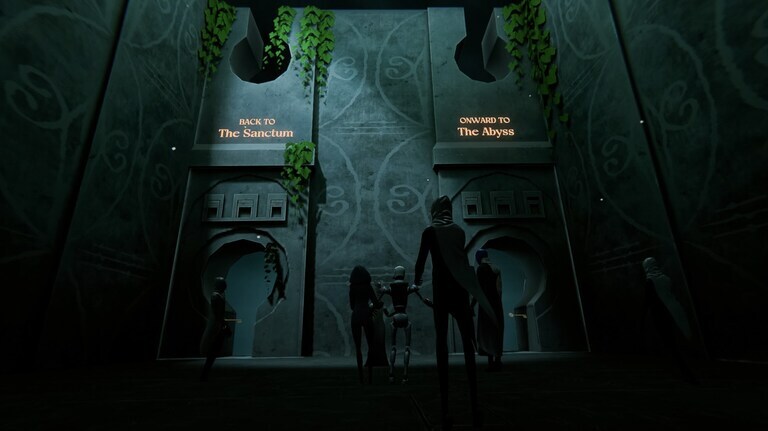 We looked at several social VR platforms, assessing them for their different fidelities, strengths, and developer kits where you could make your own customizations – or, in this case, your own world. From the creative point of view, we knew that we needed agency over our avatars’ appearances. The only way to do that properly is with a platform that supports complete avatar customization. And that was VRChat. – Sally Reynolds 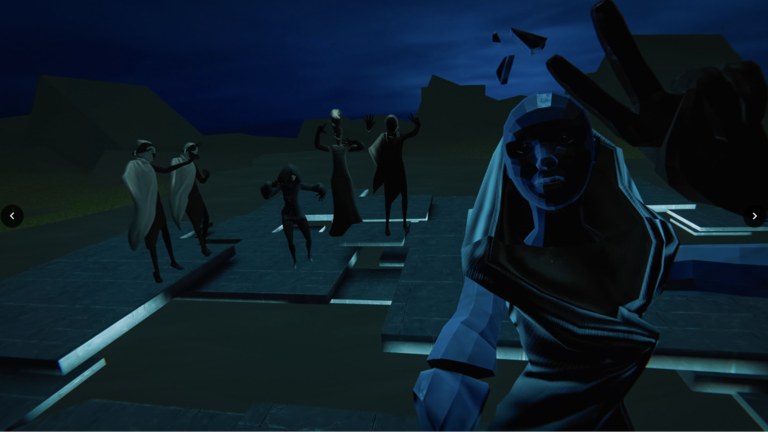 As Sally mentioned, we couldn’t count on the guests having any VR experience. A lot of people don’t have Oculus Quests and it would have been a bit much to expect to invite 100 influencers to an experience and then require each of those people to own a VR headset and have a fully rigged gaming PC as well.

But the fact that we could send Oculus Quests to people, a VR device that’s standalone and fully mobile, meant we could be sure of everyone accessing the experience in the same way.

Because we knew the platform was running on Unity and we’d be able to write our own code and shaders, we were confident we could execute pretty much any crazy ideas we could come up with as long as we kept within the technical constraints of the Oculus Quest – Kevin Young, The Mill; Technical Director, Lovecraft Country: Sanctum

The other thing, the sort of ‘third wall’ that we were up against, was this accelerated timeline that was moving fast. Even though the sky was the limit in terms of what we could make happen in Unity, the counterpoint was, what can we do in the time that’s available? – Sally Reynolds

We worked from the general to the particular. We built worlds out of massive blocks, as you would an initial game level. It was then important to get the entire team inside it quickly so they could feel the scale and think about whether ‘those faces are too big,’ or ‘that prop is too small.’

And that’s where a real-time platform is most valuable for development. There’s no other medium that allows you to create something, publish it, and then have a bunch of people jump in and walk around in it. – Kevin Young 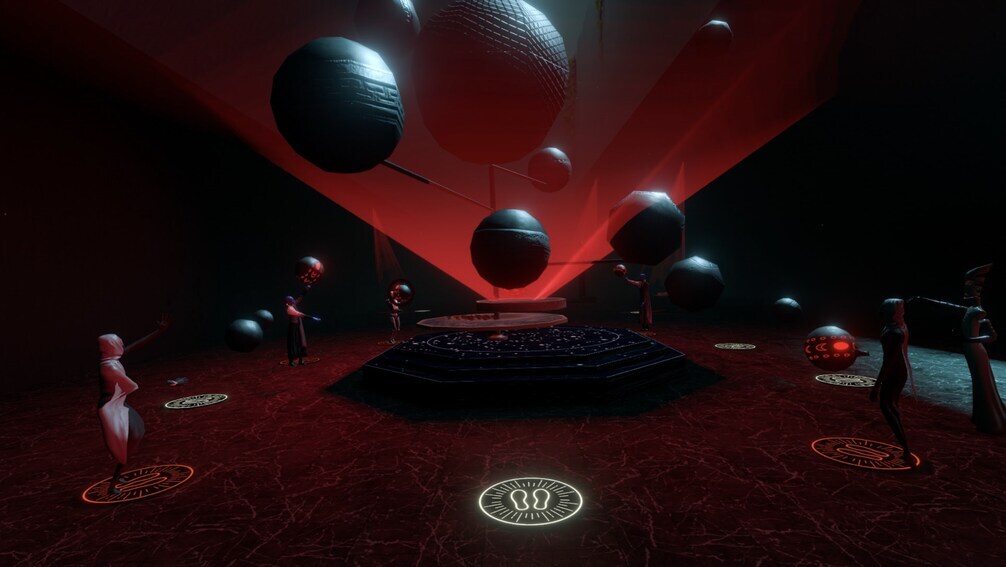 The choices of VRChat and Oculus Quest kept us restricted to a 50MB file size. Because of these constraints stylistically we wanted to ensure that people didn’t draw a direct comparison between the series and the visual fidelity of mobile VR.

To bring the size down we had to be selective on the details. Once you’re in the experience, you start to notice what’s actually visible to the user and what isn’t. So you start to cut away things and then reassign detail where it’s more important, like in the art installations where we needed to be true to the artwork and light with smooth, clean lighting. – Kevin Young 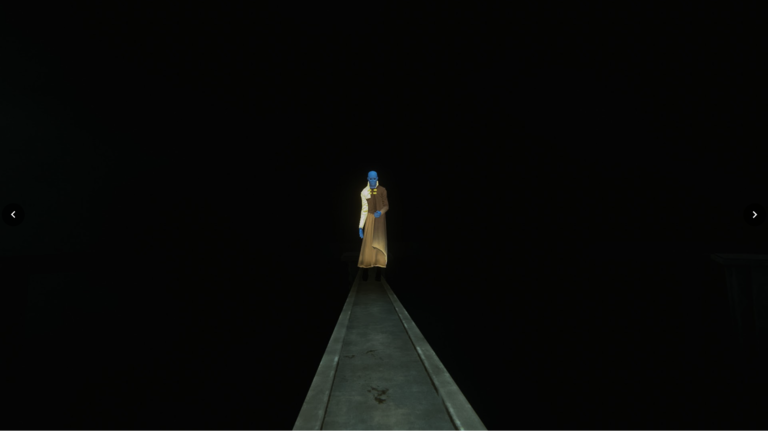 We included a lot of props, photography, and storytelling cues from the show, with storylines that were connected to the series. But from an environmental perspective, we actually tried to avoid looking like the show and made it more of a futuristic version of a Lovecraft Country world.

We were also lucky enough to have the talent from the show do all of the voiceover and readings in the experiences, which was very cool.

The audio was definitely a major thread connecting to the show and helped us accomplish what we were trying to achieve. This wasn’t our story, it was their story, and their voices are what made it work. – Sally Reynolds

Get the full story behind the making of Lovecraft Country: Sanctum. 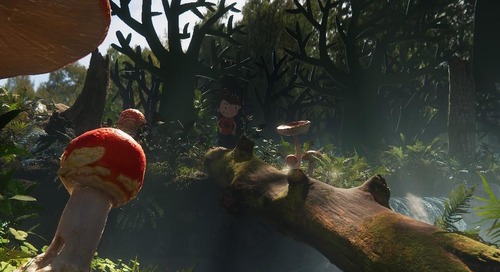 VRFX Realtime Studio has been operating under a simple but ambitious mission: to bring stories to life. Dis... 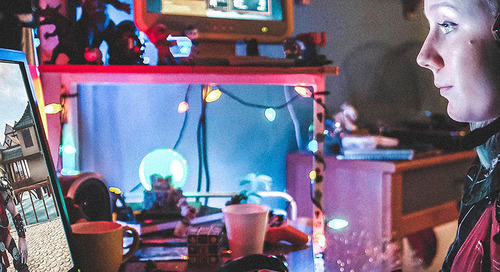 A clever mix of live-action and made-with-Unity animation, Dead Pixels landed a slot on U.S. network The CW... 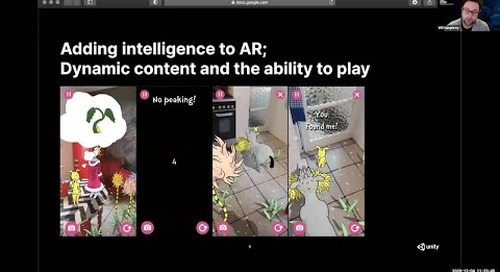 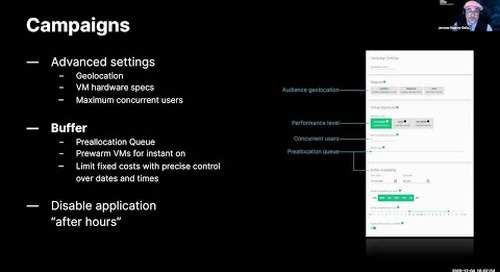 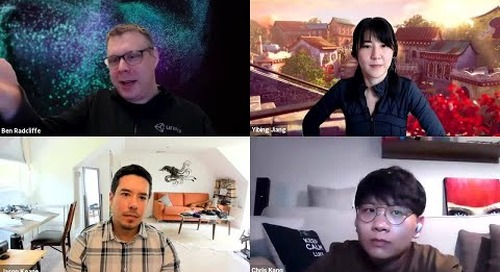 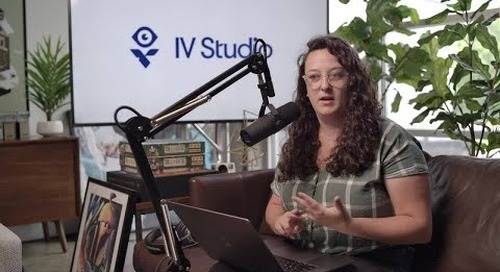 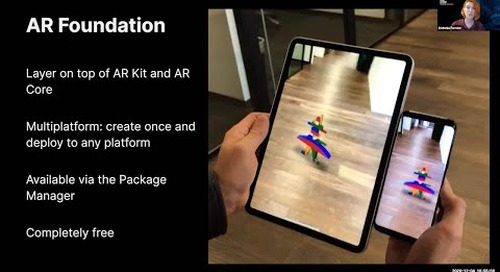 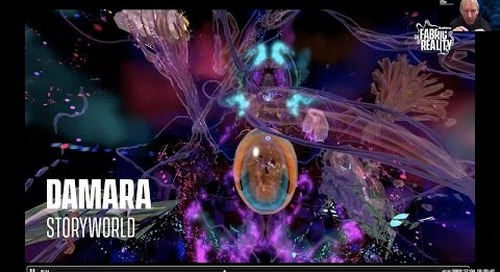 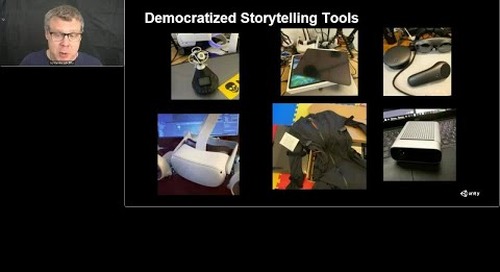 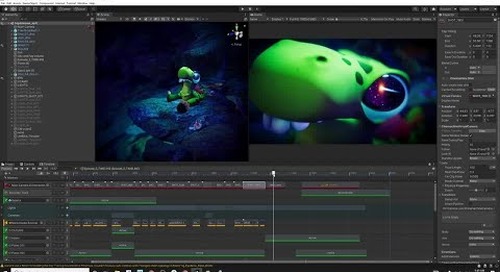 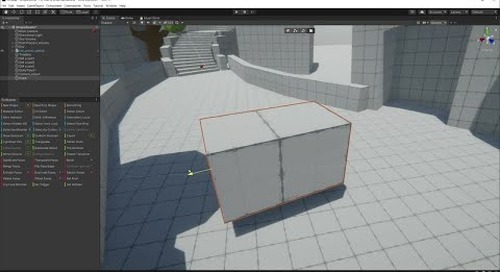 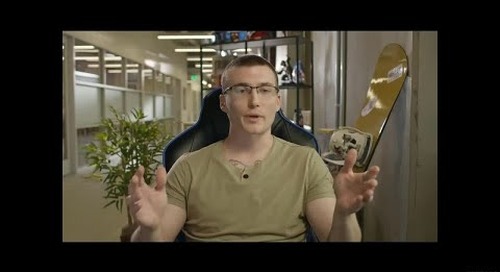 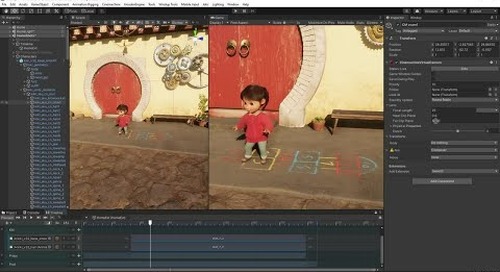 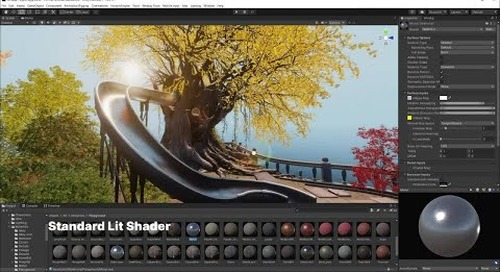 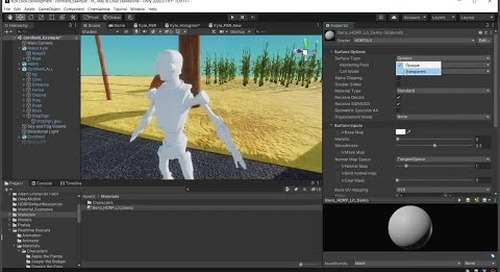 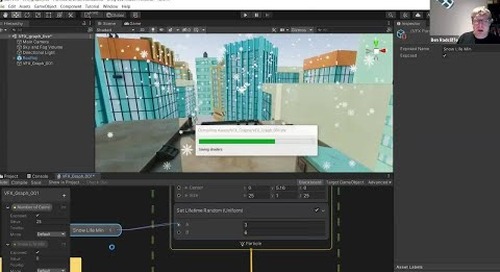 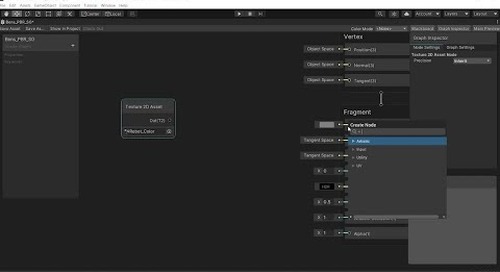 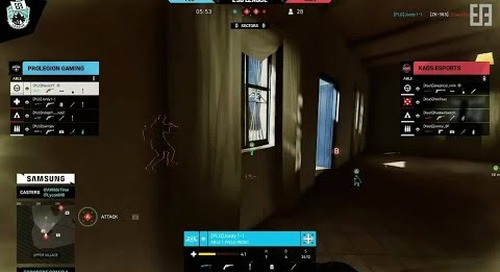 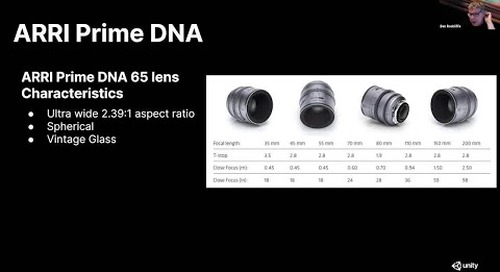 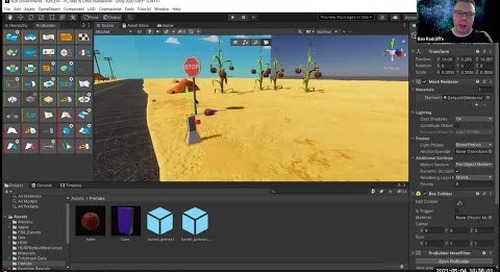 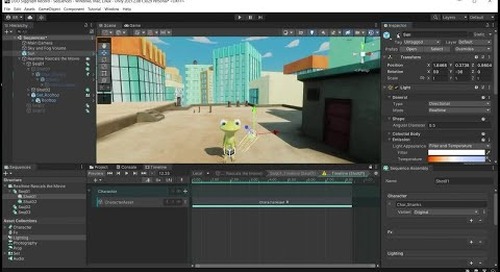 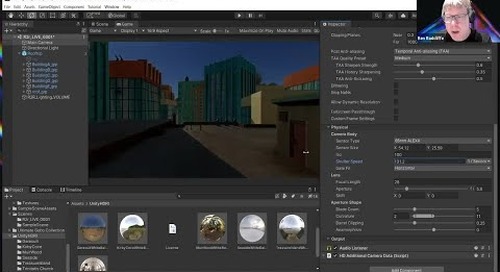